Menu
Log in
Welcome back after the half term! We are launching our new topic which is all about local history. This will be celebrated throughout the whole school.

Welcome to our website. We hope it contains all the information you require but, if not, please feel free to contact us. For information, Burford follows Nottingham City Council's school holiday pattern. Should you require a paper copy of any document on this site, school will provide it to you free of charge.

Sports Information 2019/20
Please read the information below which gives details of how our PE and Sport Premium Grant are spent and the impact they have on PE in school.

On Monday 10th February, Burford pupils attended the Y3/4 Sports Hall Athletics competition at Harvey Hadden Sports Centre. The team performed exceptionally in their heat to finish in 2nd place. They are now through to the semi-finals which will take place in March. Well done Y3/4 on a fantastic effort!

On Wednesday 5th February, Burford joined 12 other schools to participate in the Dance Showcase event at Ellis Guildford School. The pupils from Burford performed their 'True Colours' dance which was choreographed by Miss Walters and rehearsed during after school dance club. 12 group performances took place on the night showcasing local talent and a mix of music and ideas. Congratulations on an excellent performance! 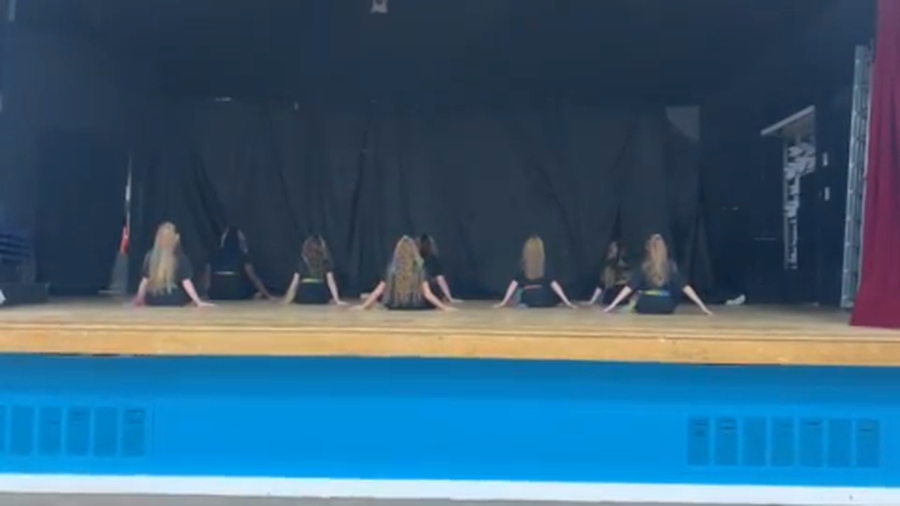 Burford, Windmill and Belton Greyhounds are November and December 2019 teams of the month in 37th mini-basketball clinics

Burford Primary, coached by Ms. Zara Lund, started their season with two sparkling wins, 6-4 over Mapperley Plains and 12-10 over a highly improved St. Ann's Academy, coached by Mr. Chris Ibbett. Burford's team has been playing together since School Year 4 and had never been on the winning side until this December. Clinic Director for the 37th year, Coach Jimmy "Jumpshot" Smith said, "This could be the highlight of these young people's sporting careers, to experience their first victories as a school team after sticking together for three years.They've been great ambassadors for their school and deserve to be recognised."

November's Award is shared by the Clinics two primary school teams who have won their last 8 matches, Windmill LEAD Academy, coached by Mr. Lou Dannheimer and Belton Lane Primary Community School Grantham, coached by Mr. Jon Mason. Director Jimmy "Jumpshot" Smith stated, "These two teams work hard as a team, listen to their coaches, show enthusiasm and good sportsmanship whether playing home or away. You can say those things about all the schools taking part but every programme needs their flagship teams and they are ours."

Our Sports Leaders have received training from the School Sports Partnership and Mrs Lund. Transform Trust have also arranged for them to participate in Mini Medic 1st Aid training. Sports Leaders from Year 5 are now leading activities on the playground for Y3 and will be supporting with other school events throughout the year.

The children's gameplay progressed tremendously throughout the afternoon with some excellent displays on determination.

Congratulations to our year 5 Athletics Team who came 4th at the Transform Sports Hall Athletics Competition on 1st October.